This eco project proves that even in the city you can have your own green haven.

Architect Jason Harris was looking for a renewable heating system to complement an innovative eco home he was building in East London. Land area was restricted due to the urban nature of the site, but thanks to a unique borehole drilling method used by Ground Sun, a Kensa ground source heat pump was successfully installed.

In 2015 Jason Harris, Director of East London based architectural practice, T-Space, designed and built an ultra-modern, eco-friendly home. He wanted the 550m² house to be as self-sufficient as possible and was keen to install a renewable heating system rather than using the gas network.

He approached Kensa partner installer Ground Sun who suggested that a ground source heat pump would provide a sustainable and efficient source of heating and hot water. Ground Sun also advised that the ground source heat pump installation would be eligible for the Domestic Renewable Heat Incentive (RHI: this scheme has now closed – please visit this page to explore other funding), earning regular quarterly payments from the Government for seven years to more than offset the cost of the initial investment.

Kensa manufactures high output single phase ground source heat pumps, which is really useful for large domestic jobs such as this one. Also, Ground Sun enjoys a good working relationship with Kensa and appreciate the support offered during the installation process.

The heat pump is installed in a basement plant room.  Smart energy meters complement the system and controls are kept to a minimum, consisting of a time clock and just four thermostat zones.  It was felt preferable that the heat pump be allowed to run for longer periods at a lower level to achieve optimal efficiency, instead of cycling on and off with the demands of multiple controls.  The fine tuning and long term balancing for each room is done by hand at the manifold.

This project centred more on achieving the optimal outcome than a fast completion.

As the house is located in an urban part of East London land area was limited, and so it was determined that boreholes would be the most effective form of ground array. However, as the site was accessible only via a very narrow lane, impassable by standard drilling rigs, Ground Sun utilised a radial drilling rig which could comfortably cope with the restricted access.

The radial rig is a three tonne drilling rig and has the added advantage that the hydraulic/engine section can be separated from the drilling mat and sited away from the drilling operation thereby keeping noise and disruption away from neighbours. The innovative radial drilling method is adapted from techniques used to create utility networks for powerlines and gas mains.

A main drill chamber acted as an access point from which separate boreholes were drilled. By drilling out at 65° and 45° angles, eight 50m long radial boreholes were able to be installed on site. This reduced the amount of excavation that was required and meant that the installation caused a minimum amount of disruption.

The house has a unique design which grew out of the planning constraints of the site; the planted green walls are intended to blend into the surrounding tree cover, alongside large glazed windows which encase a central internal courtyard. As the project was a new build, Ground Sun was able to liaise closely with the architect and ensure that the installation fitted in conveniently with the build programme.

Despite its size, the house was designed with as small a carbon footprint as possible, being highly insulated and predominantly of timber construction. The property has underfloor heating installed throughout, laid under polished concrete floors to provide thermal mass and an efficient way of emitting heat which works very well with the ground source heat pump. Solar thermal technology will provide additional hot water capacity; a heat recovery unit provides a whole-house ventilation system and low energy consumption LED lighting and appliances combine to give this stunning property maximum energy efficiency.

The heat pump has been running for a year so far and the owners are very happy with how it is performing. 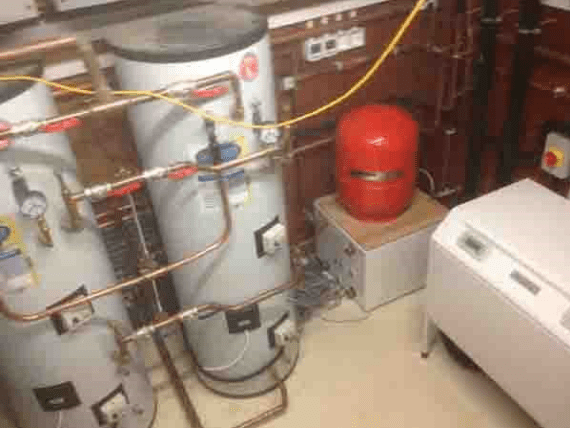 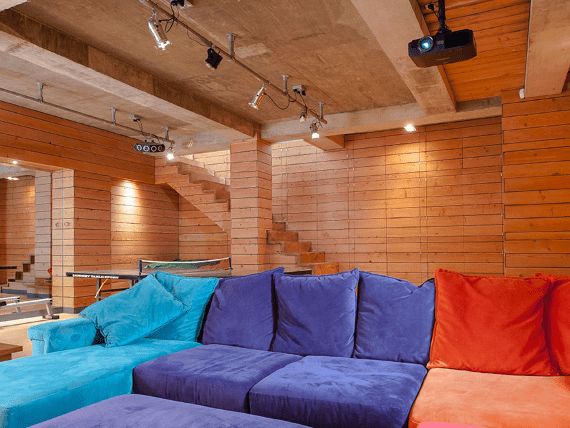 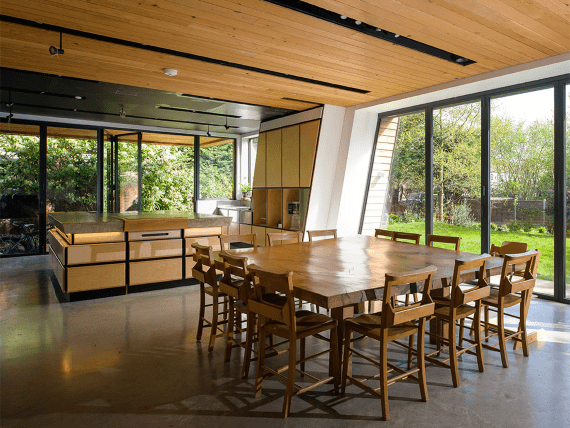